1
Specializing in rare cycads, palms, and succulents. We offer a large selection of species for mailorder or pickup. Thanks for visiting!
1 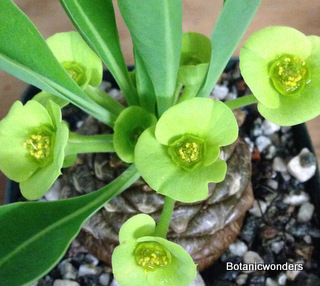 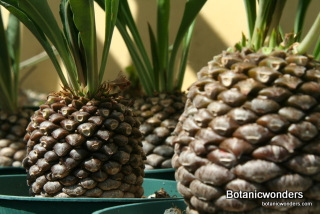 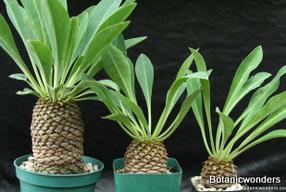 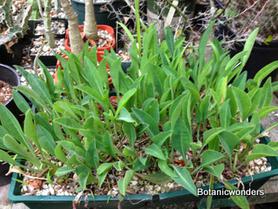 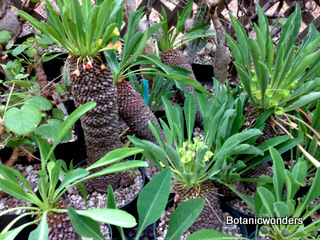 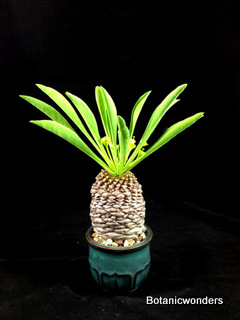 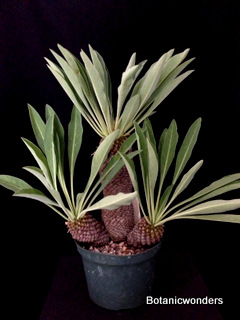 Euphorbia bupleurifolia
Euphorbia bupleurifolia was the second Euphorbia I ever purchased, Euphorbia obesa being the first. It is by far my favorite of all Euphorbia species. It is a found in a large area in South Africa, from eastern Cape Province through Transkei and Natal.  It is a small growing plant reaching about 12-16 inches in height, sometimes solitary and other times branching from the base.  Euphorbia bupleurifolia is dioecious,meaning that individual plants have either male or female flowers only, not both. However this species is know to change sex! I personally have had plants change sex from female to male. It has also been reported that some individuals have also had both male and female flowers on the same plant! This is by far my best selling Euphorbia. It is truly a unique and fascinating plant.
Euphorbia bupleurifolia close-up
Euphorbia bupleurifolia large-old specimens
Euphorbia bupleurifolia sizes
Seed flat- bursting!
Multi-headed specimen
"Bonsai"
E. bupleurifolia seeds
E. bupleurifolia male flower
Pollinated flowers with seed pods
Seed pods ready to burst and release seeds
E. bupleurifolia female flower
Cultivation
I have grown thousands Euphorbia bupleurifolia from seed. The first plants I ever grew died within the first year I owned them. Over time I have found that they really like partial sun about 30-50 shade with some occasional direct sun. As our winters get wet and cold here in So. California, E. bupleurifolia  can go dormant. Cut back on water when dormant. During the hot growing season I water about twice a week. In addition they are heavy feeders, needing micro nutrients to keep leaves green. Light feedings every other week is recommended. Almost all the plants that I have killed; died during cold wet winters. Fungus starts in the crown and moves downward, turning the caudex into mush.  Root rot can also be a problem with poor draining soil. Use minimunm of 50% in-organics.
You must have male and female plants to produce seed. Seed pods explode and send seeds shooting out!  Cover with a netting material to catch them. Plant in well drained soil. They will germinate quickly and are easy to grow. This is generally a fun and easy plant to grow.